Seattle, 1917: With Woodrow Wilson as our president and the United States entering World War I, our founder Ire Stratiner started Puget Sound Pipe and Supply at the age of 28. PSP originally started with one location in downtown Seattle, supplying pipe valves and fittings to the marine industry. Companies like Todd Shipyard, Lockheed Shipbuilding and Tacoma Boat Building were instrumental in our early success. In 1917, Ire Stratiner was the president. Four generations later, his great-grandsons are at the helm of our business.

After Ire Stratiner started the business in 1917, he maintained steady growth with the marine industry which was booming as Seattle became the “Gateway to the Pacific” at the end of the Yukon gold rush. When his son, Philip Stratiner returned from serving in the Pacific during WW2, his father gave him the keys to the office, and with them the responsibility of growing business. As Seattle continued to prosper into the cultural center of the Pacific Northwest, Phil grew Puget Sound Pipe and Supply right along with it. In 1973 Phil’s son Gary began working at the business and pushed growth outside of the Seattle area, focusing first on California and later the Alaska petrochemical market. In 1978, Phil’s Son-In-Law Steve Lewis left his job as a CPA, joining the company to oversee the financial and system operations as CFO.

Today we have nine locations and one distribution center serving the Pacific Northwest and Alaska. Our 180 employees have contributed to our success as we have expanded our product offerings. We now supply Pipe Valves and Fittings to many different markets, including Mechanical Construction, Oil and Gas, Pipeline and Petrochemical as well as the Marine and Industrial markets. Furthermore, we are very proud of our NQA-1 Nuclear program which allows us to service nuclear requirements across the country.

Puget Sound Pipe and Supply plans to celebrate this important milestone by spending the year honoring our dedicated employees, loyal customers, and valued partners at special events this summer at each of our locations.  As we look forward to the next 100 years we are committed to growing not only our sales, but also modernizing our internal systems and consumer experience to continue meeting the needs of our valued customers.

Thank you to everyone for your support. Without you, we would not have made it here!

The Stratiner and Lewis Family 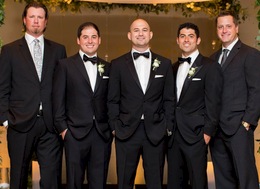